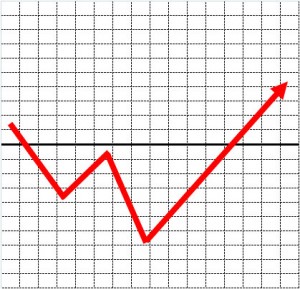 What can be achieved part-time in one year?

Problem Synopsis: A strategic review in early 2014 by WinAbu identified that the business – a 60-year old Not-For-Profit was gradually going into decline and its surpluses were diminishing. Its Mission had become vague. More positively, it still retained the resources it would need to undertake a renewal process, and properly undertaken, there was a potential large customer opportunity in a younger generation that had not been addressed.

Solution: A Turnaround Project was initiated in May 2014, and I was asked to lead it, working two days a week on average on-site with the client. A series of improvements and changes were identified that would bring the business to a “launch point” for the longer-term work of renewing and rebuilding the business to then take-off.

Building – The customer-facing parts of the business were refreshed and surplus warehousing vacated and sold off. This yielded a good return, and the capital that would be needed for the renewal project.

Personnel – Work was redesigned to allow retirees to retire. Staff numbers, and payroll costs, were permanently reduced by 25% over the year without needing to replace anyone. We brought in some automation equipment to take up the workload. We deployed more computers in the office environment and all staff participated in new training.

Productivity – We tracked business volumes through KPI measurement, documented roles and responsibilities and improved other staff management procedures across the business. Tasks which had been done manually for many years were eliminated – saving a lot of time and freeing staff for more important work.

Culture – We worked on developing a culture of change and can-do energy to help everyone make the transition to the renewal process. An emphasis on feedback through ongoing communication, team talks, posters, etc. reinforced the change process and built confidence for the future.

Overheads – Every line of the P&L was reviewed with significant long-term savings generated. The national magazine distribution method was changed, consolidating into one method of distribution (from three), and increasing significantly the number of retailers carrying the publication.

Website – We re-launched the website, with a web-store, and created a much friendlier web-presence in order to reach out to new customers.

Computer Systems – We designed and replaced the 25 year old mainframe system with a more modern system, mostly off-the-shelf with some small customization. The new system integrates to the website, including the web-store, and brings significant capability in CRM.

General Manager – We conducted a full search exercise and secured an excellent candidate that would take over from me long-term and lead the company in its full renewal process.

A period of handover strengthened the process and allowed the new General Manager concentrate on development rather than be drawn into the transition or change process. The project has completely delivered on its objective of readying the business for its long-term renewal process, with all of its resources in place. The savings yielded, and opportunities created, in the past year have been secured for many years to come.

Valuing the permanent P&L savings over just 3 years, and the funds from the asset disposals yielded a return on the cost of the Turnaround Manager’s fee of 10 times cost.

The business is set for the future, and the turnaround is complete.

This Case Study, and  many others by Chartered Accountant Interim Managers, appears here: