Why Business People should NOT listen to “successful” Sports People 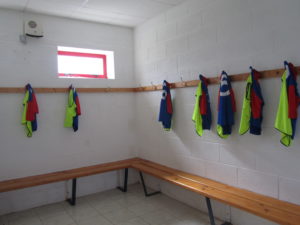 If there’s one thing I can’t stand, it’s a successful sports person or manager being wheeled out in front of a rapt business audience to tell us how they achieved success and what we can learn from them, so that we can get success too. The business networking circuit is laden down with this kind of nonsense.

·        Sport is designed to achieve a singular win, over relatively short periods of time, be that a tournament or a season.

·        There is no real “left-field” in sport, as in coming out of left-field. All the players and opponents are assemble in front of you.

·        Sport is about winners, and therefore there has to be losers.

Business, on the other hand, is about long periods of time and operating in a dynamic environment far from the fixed structures of sport.

Successful business is about you winning, and the other guy winning too. The economic theory of the division of labour operates on the basis of better outcomes for everyone.

The sustained greats of Industry – IBM, Microsoft, Toyota, GE and many more deliver on their promise over many years. There’s more sustained success in business than in sport.

In fact, sustained winning in sport is rare: Manchester United or Liverpool had decade long periods of success, as have Kilkenny’s hurlers – these stand out because it’s actually quite rare to achieve sustainable success in sport.

Take the current Dublin Footballers – hailed as one of the great teams having achieved a result in 3 out of 4 years. The most interesting commentary I’ve heard from Jim Gavin, the Dublin manager, is a description of sport like business – processes, training and allowing the individual flourish within the context of the team structure. But Jim’s from the long-term successful commercial airline industry, so he knows from businesswhat sustained success looks like.

For all that I love sport for, it’s not to give me guidance in business!

John is a member of CAIM – Chartered Accountants Interim Managers, who first published this article.

Published on LinkedIn on 19th December 2016.